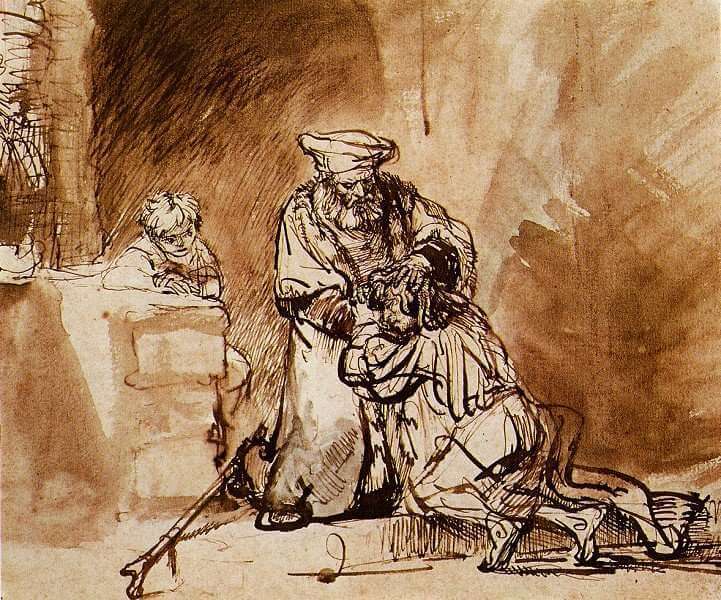 However, due to the depth of sin and the evil of the present age, there are times in the life of the church where this general formative/corrective discipline is not getting through and a brother continues in their wandering away from the truth.

When this happens, Jesus teaches local churches to, after much patience, prayer, and pleading, excommunicate the wandering brother as an act of love to wake them from their slumber.

The process is as follows:

15 “If your brother sins against you, go and tell him his fault, between you and him alone. If he listens to you, you have gained your brother. 16 But if he does not listen, take one or two others along with you, that every charge may be established by the evidence of two or three witnesses. 17 If he refuses to listen to them, tell it to the church. And if he refuses to listen even to the church, let him be to you as a Gentile and a tax collector. 18 Truly, I say to you, whatever you bind on earth shall be bound in heaven, and whatever you loose on earth shall be loosed in heaven. 19 Again I say to you, if two of you agree on earth about anything they ask, it will be done for them by my Father in heaven. 20 For where two or three are gathered in my name, there am I among them. (Matthew 18:15-20)”

The member the church had “bound” in through baptism is now “loosed” through excommunication.

I won’t re-preach the whole sermon here (you can listen anywhere you get your podcasts), but as I was thinking more on the subject and discussing it with church members these last two weeks, the thought was handed to me,

“How many times do we do this?”

Meaning, imagine a member walked through this process once. He/she loved their sin so much and they refused repentance even with the pleading of an individual, several members, and eventually the whole church. And then they were excommunicated.

But several weeks, days, months, later, they repented! They saw their sin for what it was and felt the kindness of the Lord and the kindness of the congregation’s actions in taking such serious steps to wake them up. They were brought back into fellowship; the prodigal came home.

But then, a year later, the same thing happened.

The member went through the discipline process again.

The member was excommunicated again.

And it worked, eventually they came to repentance again.

But then, a year later, the same thing happened…

You see where I’m going.

So, how many times? Jesus tells us in the very next section of Matthew:

21 Then Peter came up and said to him, “Lord, how often will my brother sin against me, and I forgive him? As many as seven times?” 22 Jesus said to him, “I do not say to you seven times, but seventy-seven times.

Jesus seems to imply that as long as there is breath in the lungs, churches are to forgive when a sinner comes home, whether that be once, twice, three times, or, yes, seventy-seven times.

As a member of a local church, this thought thrills me. Jesus calls us to love our brothers and sisters with real love; love that would offend us rather than let us continue in our delusion and love that will always receive us like the Lord does when we repent, for “a broken and contrite heart He will not despise (Ps. 51:17)”

Thank You How Many Times?